/Andrew Foulk/ For The Californian/.A white Ford Ranger rests on the sidewalk of the 32000 block of .Via Cordoba in Temecula Monday afternoon. The vehicle struck and gravely injured an 87-year-old woman, and killed her dog as she stood on the sidewalk speaking to a neighbor. After the truck struck the woman and her dog it hit two trash cans before coming to rest on the curb in a neighboring driveway. The driver a 55-year-old Temecula man was taken to South West detention center for questioning. 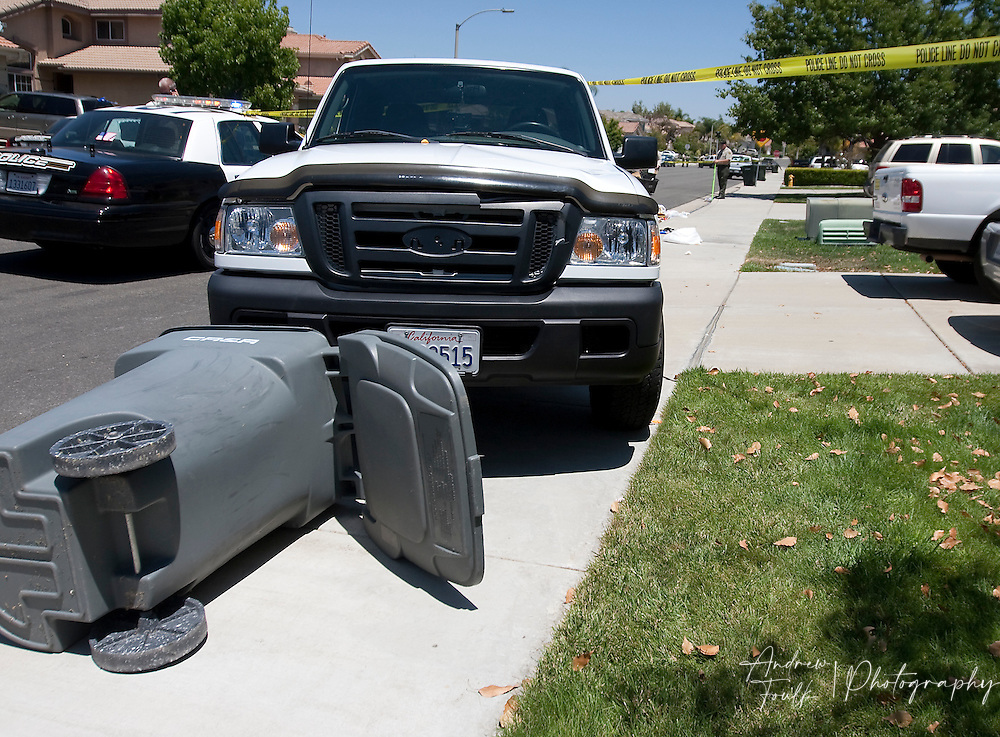